Google released a new user interface for the iPhone/iPod Touch the other day (they prelaunched this very thing in early December, but this was a full release).  The design is reminiscent of the Facebook iPod/iPhone UI released last year. I’ve included a screenshot below. 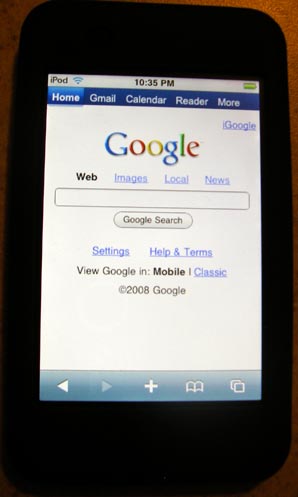 Le Jour du Mariage (which is French for “The Wedding Day”) is a sister...

This past week we put the finishing touches on a brand new website revamp for our friends...

Same Day Courier Service was referred to InspireMedia because they were looking for a...

Will Your Site Be Penalized...

Late last year, Google began testing for and highlighting websites in their search...

Recently we published a new WordPress plugin that integrates Gravity Forms with our...

This site uses Akismet to reduce spam. Learn how your comment data is processed.